Pierce Blitch serves as an Associate at Fleming & Nelson.  A Richmond County native, Pierce attended the University of Georgia where he graduated in 2007. He then attended Atlanta’s John Marshall Law School and graduated in 2010.

Upon graduation, Pierce went on to clerk for the Hon. J. Carlisle Overstreet and the Hon. Carl C. Brown, Jr. in the Superior Courts of Richmond, Columbia and Burke Counties from 2010 to 2012. After his clerkship he served as an Assistant Solicitor General in the Richmond County Solicitor General’s Office prosecuting misdemeanor cases from 2012 to 2013. Immediately prior to joining Fleming & Nelson Pierce served as an Assistant District Attorney in the District Attorney’s Office for the Augusta Judicial Circuit from 2013 to 2016. While serving as an Assistant District Attorney Pierce served the citizens of Richmond, Columbia and Burke Counties managing a large volume of misdemeanor and felony cases ranging from traffic offenses to murder, and trying several cases to verdict.

Pierce is licensed to practice law in Georgia and South Carolina.

Pierce is also a certified neutral by the Georgia Office of Dispute Resolution in the area of General Civil Mediation.

When not practicing law, Pierce enjoys spending time with his wife Elizabeth, hunting, playing golf, working the land at his farm in Burke County, and hunt test training with his and his family’s dogs. 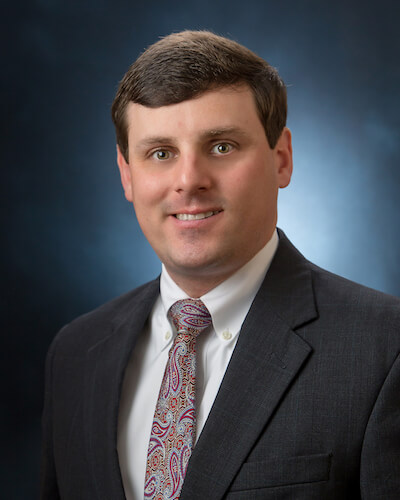