Barry A. Fleming is a founding partner of Fleming & Nelson, LLP. Previously, he was a partner for 11 years at the Augusta firm of Fulcher Hagler, LLP. His practice focuses on civil litigation with a sub specialty in local government law. Beside representing several private companies, Barry also represents the Cities of Harlem, Washington, Lincolnton, and Greensboro, Georgia. He is also the  attorney for  the Counties of Burke, Putnam, Glascock  and  Hancock. He also has or currently represents in special litigation matters the Cities of Grovetown, Waynesboro, Hephzibah, Thomson, Warrenton, and, Lincoln and Taliaferro Counties, In addition he does work for the Lincoln County Development Authority, Washington Housing Authority, and Washington and Harlem Urban Redevelopment Authorities.

In additional to his law practice, Barry served as Chairman of the Columbia County Board of Commissioners until 2002, when he was elected to the Georgia House of Representatives. In only his second term his fellow Republicans elected him Majority Whip, the second ranking member of the Majority Party in the House. While serving in the House, he passed such bills as Georgia’s photo ID law for voting and chaired the Committee Overseeing Georgia’s reform of the state’s tort laws. For his staunch support of businesses and job development, he received a Lifetime Achievement award from the Georgia Chamber of Commerce. His strong pro-family positions earned him Legislator of the Year Award from the Georgia Family Council. He was elected to the House again in 2012 and currently represents District 121,  covering both part of Columbia and  McDuffie Counties. He serves as Vice Chairman of the House Judiciary Committee and is also a member of the Rules, Industry & Labor and  Government Affairs committees.

Barry currently serves as Governor Nathan Deal’s appointee to the Public Defender’s oversight board for the Augusta Judicial Circuit. He previously served on the Audit Committee of the Board of The Medical College of Georgia, the Board of Trinity Hospital, and the Georgia Medical Center Authority.

Barry is a double graduate of the University of Georgia, receiving his undergraduate degree in 1988 and his law degree in 1994. He is married to his wife Paige and they have one son, Zach. They make their home in Harlem, Georgia where he has previously served as Chairman of the Deacons at Harlem Baptist Church. Barry is a life member of the NRA, a Gideon, and lay leader for children’s AWANA programs at his church. 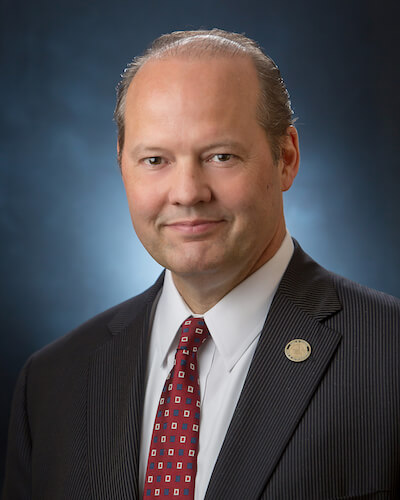